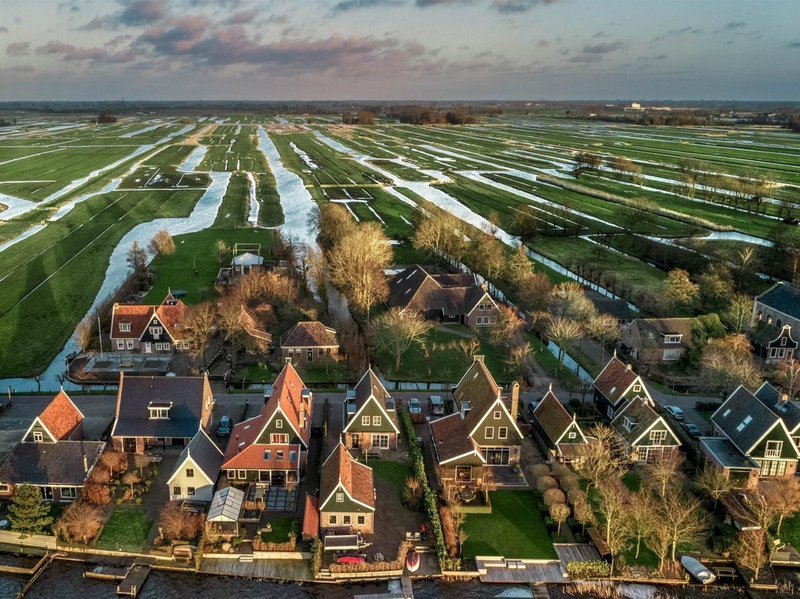 In 1997 the Dutch designed a policy called: Ruimte voor de Rivier, in English: Room for the River. The old policy and way of thinking had changed. The 1953 flood re-emphasized the old idea: we should capture all the land possible from the water, and re-inforce dikes where necessary, as global warming makes its entry and the consistent rising of the sea level mandates making the dikes higher and higher. When the Noord-Oost polder was laid dry in 1943, the land adjacent to the new polder was drying out, because the polder was lower so drew out the water from under the farms on the old land. The adjacent polders laid dry in 1956 and 1960 were separated from the old land, with a slice of water of the IJssel Meer so the groundwater would not be extracted. These bodies of water are now recreation areas. Not only the water engineers, but also the politicians and population became educated about water management. Building new polders automatically, was not the answer. The last polder, the Markerwaard was never pumped dry. It still forms part of the IJssel Meer with two dikes running through it. The existing rivers were restructured. Their old river beds were shaped so that the water would twist and turn through the landscape again, instead of having straight canals with high dikes and businesses right along those dikes. Most rivers have two dikes in case the first one breaks. What were the lessons? First of all, letting the river meander slows down the speed of the water allowing water to seep back into the ground. Second, less water would end up in the ocean and become salt water again. Break through the first dike so in winter water can have a place to go. Make it a pasture in the Spring and Summer.

The story goes that the solid concrete in the canalized rivers of Los Angeles should be removed so water can seep back into the ground, instead of all that water going out to sea. That is also the main reason why the two tunnels Governor Brown wants to build to provide Southern California with more water is a flawed concept. Even if there was enough water to redirect, it is a basic error. Slow down the speed of the water from the Sacramento and San Joaquin Rivers so more water can permeate the soil again. The Indians had it right: go to the water, don’t redirect water to us. The river never formed a border, but always ran through the middle. Redirecting water looks good in the short-term, but is paid for later.

The TVA (Tennessee Valley Authority) became the model for the Missouri Valley Authority and the Columbia River Authority. When the Kentucky Dam was built (as part of the TVA) it flooded 300,000 acres of rich farm land which had produced $21,000,000 / yr. TVA boasts that this dam produces $3,000,000 worth of hydro power or 1/7 as much. TVA shows an expense of $2,000,000 on its books for operating navigation facilities, but it seems to be purely a bookkeeping item, because the actual work was done by the Army Engineers. For the fiscal year that cost was $433,648,000 paid from army (= public treasury) funds. The actual sum in navigation facilities was $149,116,375. This investment was made possible by the Treasury Department. TVA pays no interest over that. The taxpayers pay that. Taxpayers also subsidized $6,855,997 of the fiscal year 1946 for shipping for a total of 256,465,000 ton/miles. This figures out to be 2.65 cents/ton-mile, which is about 3x as much what it would have cost by rail. TVA built enormous steam plants to subsidize the more costly hydropower. Those steam plants cost ¾ of a billion $$. That cheap electricity can help people in the immediate region but will not help the 40,000,000 people that helped pay for it. 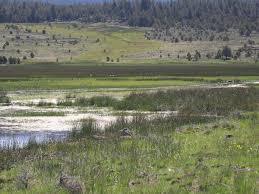 A riparian landscape is an area with relatively high groundwater levels. It is where trees grow. It is where water ponds. In a riparian area trees contribute CO2, CH4, N and P, adding nutrients that lead to aquatic productivity, excessive growth of plants which may reduce water quality. Eventually new riparian areas develop along the new shorelines. Additional water flowing will bring down sediments to replenish the soil. So we build a dam to collect water for agricultural, industrial, and cities needs. The reservoirs entrap the sediment going downstream, which in turn would replenish the soils for farming. Species will die off, not getting the necessary ingredients. Riparian native species become extinct. Imported species, for whatever reason, take over and can withstand the new conditions better than the native ones.

Another term to know is watershed. That word has kind of a dual meaning. In the original British term it means a ridge separating one watershed from another. Water flows differently in two adjoining watersheds. It is also explained as an area drained by a river, which includes an area larger than a riparian landscape. Drastic human interference will upset the balance. It may still be a healthy watershed, but deteriorating a riparian area, such as a dam construction. In general, it is least likely to have healthy riparian areas in poor watersheds. That can be temporarily restored somewhat by the exclusion of livestock grazing. 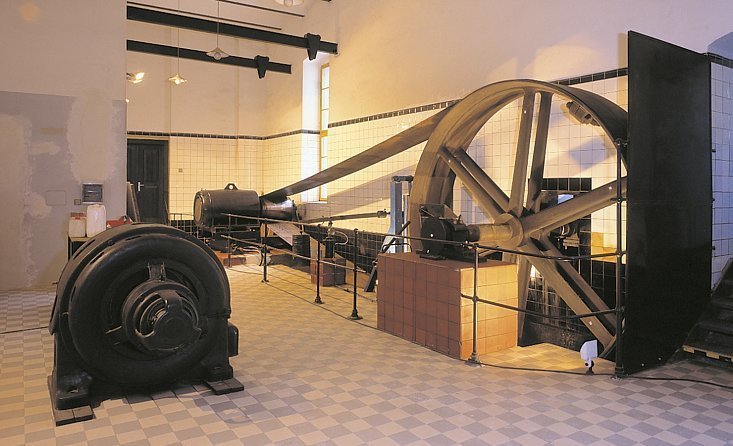 In Pisek, Czech Republic is an old but still operating water mill, producing energy for the street lighting.  František Križík, a contemporary of Edison also was searching for the electric light bulb, but Edison beat him to it.  František designed the first electric generator in the town of Pisek, about 100 km south of Prague. It now is also has a museum. A six ft. dam was built across the Otava river in Pisek and water re-directed through the water wheels furnishing power for the generator. Later, a second station was built half a mile downstream. There were many of these generators installed in towns throughout South-West Czech. Rivers come down from the Šumava mountains, with the Vltava River going through Prague, called the Moldau as it goes through Germany to the North, being the biggest one. These local generators barely affected the watersheds of the rivers, yet provide energy.

So, the Dutch and many other countries, including the USA, have come to the conclusion that re-directing water damages the environment. What now, and how do we educate the general population?