In Pisek, I would take walks around town. Each time was a joy, even if it was the same route as previous. I would go down to the river from our apartment on Velké Námēstí and turn along the  Otava river, just before the old bridge; the oldest stone bridge in Czech, and walk along the river on one side and the castle wall on the other side. At the end I would run into the electric generator building.

Písek was the first town in the Czech lands to have permanent electric street lighting. It was installed by the Czech electrotechnician, František Křižík, on 23 June, 1887, who lit several arc lamps in the town centre. A year later, the street lighting was extended and the provisional traction engine drive was replaced with a power plant (the first in the Czech lands) built by the citizens in an old watermill on the Otava River. Dynamos for power production were first driven by a waterwheel, which was replaced with two Francis turbines in 1901. These turbines were reconstructed in 1994, old technical equipment was brought back into operation, and the power plant now generates electricity again. In 1997, a small museum dedicated to street lighting in Písek was opened here, documenting the history of power generation in Písek and showing old power generation equipment in operation. (Official portal of the town of Pisek) 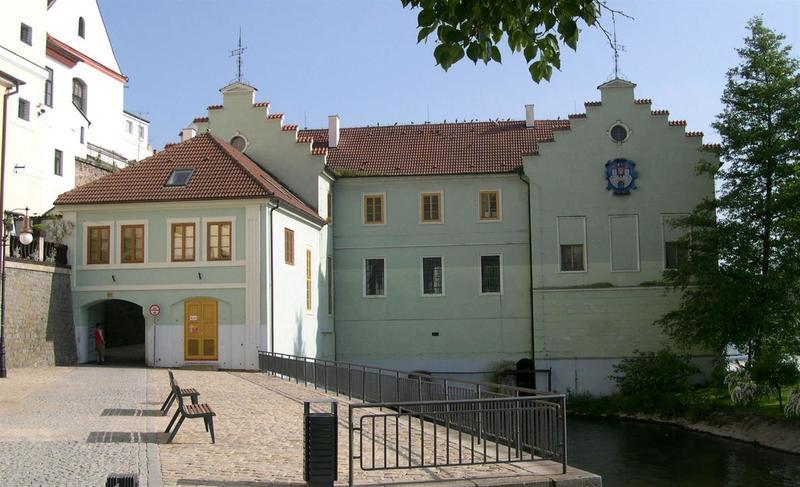 František Křižík was a contemporary of Thomas Edison and competed with him as to who would first invent the light bulb. November 1879, Edison officially patented his light bulb.

The opening on the left is a little tunnel which gets you to the other side of the mill. As you come out on the other side you can hear the humming of the belt which drives the generator via the turbines. 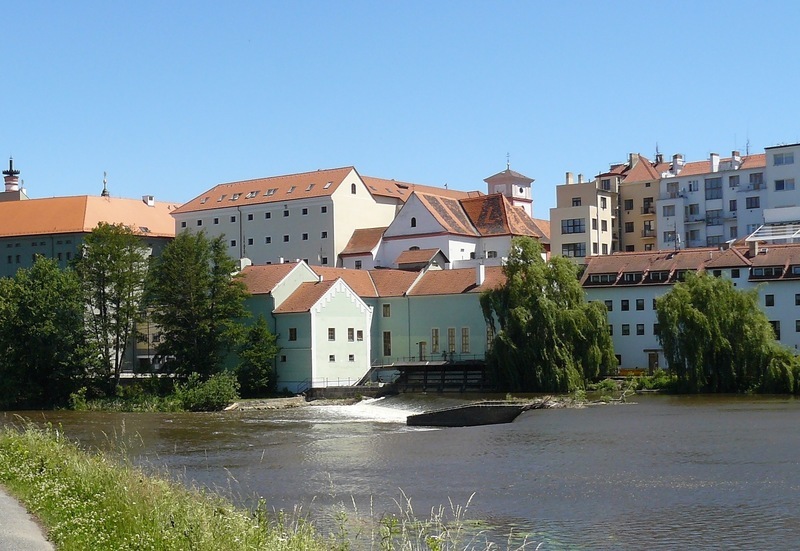 All throughout South-West Czech, towns by rivers have these power plants. So, what does that have to do with Folsom Lake? Why didn’t they build a higher dam in Pisek?

The land behind Pisek is pretty flat, so there is no way taller dams are possible, but by each town having its own power plant every bit of water flowing down-stream can be used. Folsom Lake is not that different, other than that it is bigger, but water still has to flow through the turbines to generate electricity. 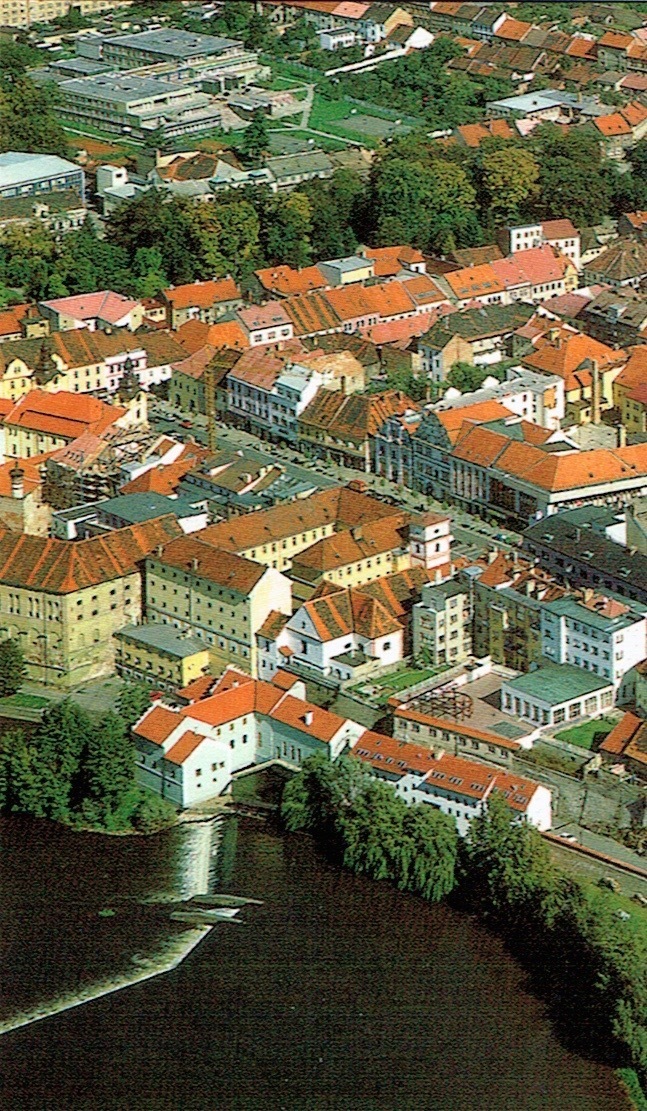 On this picture you can see how the water is funneled into the power plant on the upper part of the river.

Compare this to Folsom Lake (1955) north of Sacramento, California. It is a much higher dam, but very dependent on precipitation which has been lacking for the last four years. It performs the same function: generating electricity for Sacramento. Because of the elevation difference, the dam could be built higher. Besides electricity, adequate amounts of water are released to keep salt water from the San Fransisco Bay to seep inland into the delta, when it is high tide. It also provides water for Sacramento. Now the lake is almost empty. 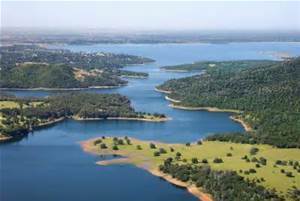 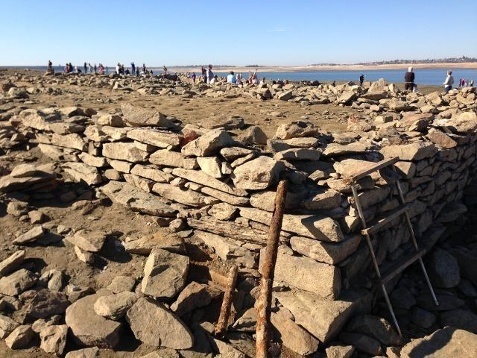 Hundreds of people headed out to Folsom Lake to see ruins from the old Mormon Island settlement.

Mormon Island thrived during mining years with as many as 2,500 people, complete with four hotels, a school and seven saloons, according to some historical accounts.

According to the California Department of Water Resources, Folsom Lake has about 168,000 acre feet (1 acre foot = 1,233 cubic meter (m³)) at the moment, about 17 percent of capacity and only about a third of the typical average storage of 502,146 acre feet. A year ago, the reservoir had just under 556,000 acre feet stored.  Brian Hickey/KCRA