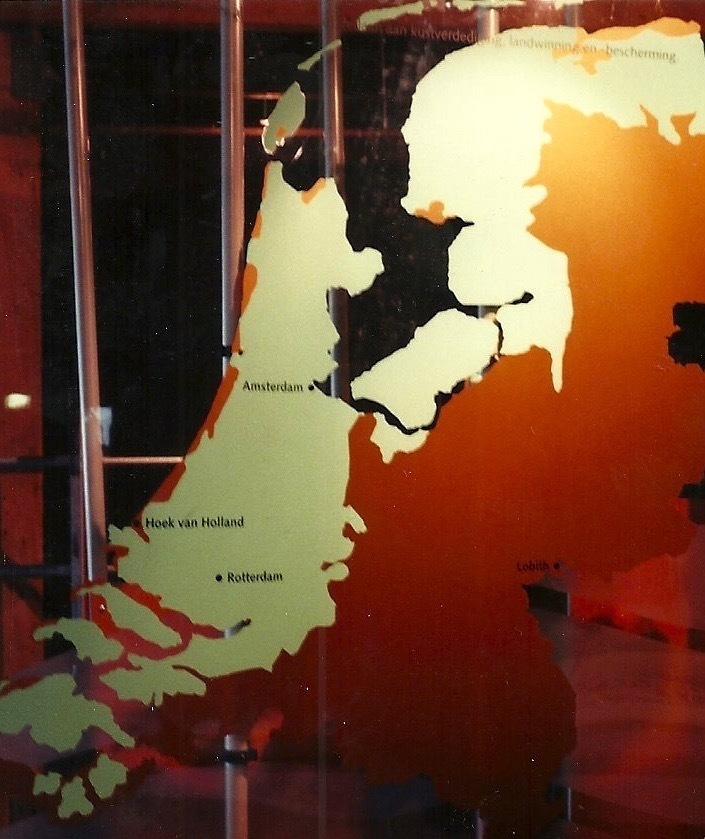 All white area would have been sea without dikes

Onze Groote Rivieren, by Dr. Jac. P. Thijsse. What does that mean? Only a Dutchman (or woman) would understand. A Dutchman, younger than, say 25 years, may not know the whole story of what it means, but will understand the title of the book, at least.

Onze Groote Rivieren, translated into English is: Our Big Rivers. Maybe Our Large Rivers fits better, as opposed to the smaller rivers in the delta of which Holland is comprised. When you talk to a Dutchman and ask “Which are your large rivers?”, he probably understands you but not with the same feeling, or emotion, as if you would have asked it in Dutch. The word large, or groote, in itself can mean anything, but in this setting, Dutch geography and history give it a special meaning. Also the spelling dates the title of the book. A 25-year old may point out that the spelling is outdated: We now write “grote” with one “o". Just like when we talk about the gold rush in California. There have been many gold rushes, but this one has its own meaning to Californians and Americans in general. If we say “goud trek”, the Dutch translation, you would get a blank stare and need to explain further what you mean. If the Dutchman knows you are from America, he may make a stab at guessing.
We can describe stories about how water is pictured in various cultures in different translations. We can describe the water engineering principles and why certain ones apply in one situation, but other principles in another.  But then there are the historical and cultural issues behind it. We may know how to funnel a river to meet the objectives, but what kind of safety features have to be implemented to funnel that river in the right direction? What are the economical implications? Or are there more pressing survival issues to address? Take Bangladesh, for example: It depends on the sediments that come down with the run-off from the Himalayas, flooding the delta, in order to maintain world’s most productive rice production. Should those floods be dammed in for the safety of a town, when those floods redirect the water trajectory?
Then there is the author: Dr. Jac. P. Thijsse. A young person in Holland may remember that name from their history class, and that he was a well-known author about nature and biology, especially plant biology, in the early 20th century. In 1938, when this book came out, most of the current water technologies that have been implemented, were only a dream.
views