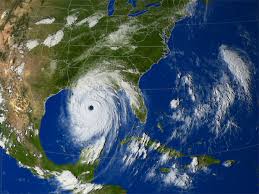 "They’re a family but they won’t go to dinner together? No. Two women sitting together and a man? No, that’s not it either. It’s an ingenious system of names, arranged alphabetically depicting a sequence of hurricanes coming through the Caribbean." Ben was trying to follow Tim’s logic.

“Ok,” Tim said, “Each year hurricanes coming from the Atlantic, and frequently move into the Caribbean, are named alphabetically. So when we are at Irma, we know that one has been preceded by 8 hurricanes that year.”

“What’s with the male and female names?” Ben asked.

“ The male ones are stronger, but I don’t know by how much.”

Katrina was the hurricane in 2005, which damaged New Orleans.

Harvey created havoc in Houston and Irma in Florida; both in 2017, following right after each other. It is not just the strength of the wind, but also the potential water damage. In the case of Katrina and Irma, it was the ocean water that was pushed into the land. Harvey came with an extreme amount of rain over Houston.

“If there are so many hurricanes in a year, you can expect a lot of damage, right?” Ben asked.

“You would think so, but many die down before reaching land, or peter out. Just because you know where all the back roads are, doesn’t mean it is safer in one spot than another. Hurricanes will change direction as they move over land. Like Irma, expected to pass right over Miami, moved a bit West-ward.”

All of them have one thing in common: people build houses and companies where they have no business doing so. Those places are just tragedy waiting to happen. Unfortunately, hurricanes don’t come over the same areas frequently enough so people forget. Katrina was seen as just another hurricane in which the New Orleaners would have plenty of time to act. This one might just be a bit worse, and it was! Harvey brought so much water, which Houston could not handle, because everything was concrete. Building regulations were not adhered to, or inspectors looked the other way because of the boon that construction created, so water could not go anywhere. And Irma? Well, Florida could not really do much about it, being so close to sea level.