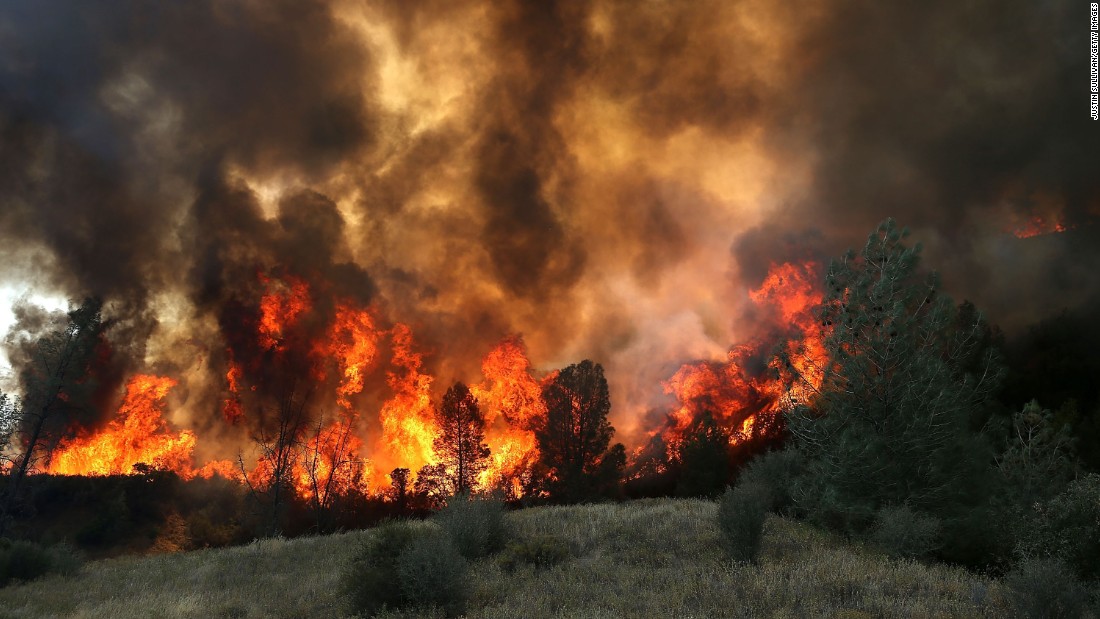 I can feel for Jessica Jennings Pyska, losing her home in the Valley fire. I have never experienced such loss, so cannot imagine what it is like. I just started to write a book on “water”, so this subject interests me immensely. I said: “started”, so still am gathering information for the chapters on California: how water is used, how people see it, and what solutions are pursued to manage water.

I lived in California for 25 years, from 1968-1993, most of them in Woodland. During those years a common saying was, that California goes through 7-year cycles of dry and 7 (more or less) wet years. If that is true, then the current 4-year drought period, referred to in the article, is only just over half of such a cycle.  Maybe the fifth and sixth year were not very “wet” either, because upon my return to California in 2009, the reservoirs were only half full or even less; something I do not remember seeing that extensive from my 25-year period prior. Yes, the reservoirs would go half empty, but that lasted only a few years on average, as I recall.

Because of the current global warming debate, I decided to include a section about that in my book. First, I am finding out that California and Nevada, are the states with the most outdated water management laws. Frequently, water rights issued during the gold rush are mentioned. Those rights are still currently on the books, meaning that landowners with such rights can pump as much water as they want, without a required measurement history, as to how much. California has, or maybe better said: had an enormous amount of ground water, so pumping that has not been an issue, until now. Now California is depleting ground water at an alarming rate.  It will take years to replenish, but that is not fully possible, because underground water basins are caving in and might not be restored to the original size.

Growth in population, extensive expansion of farming in the Central Valley (but not only there), which has an arid climate, and increasing water use to help salmon survive and prevent salinization to creep inland, has taxed the amount of water California receives to the limit.

Enter the global warming debate. If we look at science vs. political management, most of the time science is ahead of policies to control them. For example, the increasing use of drones causing near accidents and creating privacy issues, have not been addressed yet by the legislature.  There are many more such examples, but with global warming, it is the opposite. Science has not “caught up” with politics.

I just picked up a book: “The Global Warming Debate”, a report of the European Science and Environment Forum (1996) in which Roger Bate, Director of Economic Affairs in London, Britain, starts a summary with: “Global warming is a political issue.” John Emsley, a science writer for the Department of Chemistry at the Imperial College of Science, Technology and Medicine in London, writes in the next chapter:

Most people are unaware that the predictions of global warming are based mainly on computer simulations, backed up by carefully selected evidence and special pleading.  (Pg.23)

I just started the book, so this is just the beginning, but I am very suspicious that it will lead to what I stated above: politics is ahead of scientific research on the subject.

This does not mean that the GOP should not address the water issues of California, and for that matter the Democratic Party as well. Nor does it mean that Governor Brown should not pursue accountability for the reduction of pollution caused by human endeavors. So far he has been successful by using global warming as being caused by us humans. California has one of the strictest legislation concerning pollution, which I am all for!

In the ‘80s the Department of Forestry suggested that forest fires are a positive natural development, which has been going on for centuries.  But the GOP and the Democratic Party need to support the funding of resources and further research, to protect the homes of people like Jessica, whose husband helps to control these fires on the front lines!