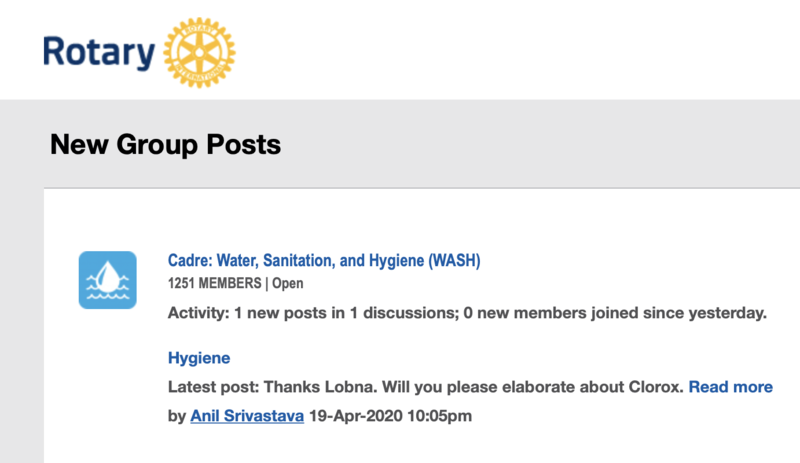 The Rotary Foundation has six main categories to fund projects all over the world. One of them is Water and Sanitation. A lot of deals with drilling wells. Wells have been drilled all over Africa, for example, for many years, by various non-profit organizations, the United Nations, etc. Sadly, many of those are now overgrown, rusty and not working anymore. After several years the local population could not afford parts, neither did they have the engineering capacity to keep them running, long after the organization that started the project, was gone. Over the past 4-5 years, Rotary has implemented a requirement, that the project has to be sustainable. In other words, the means to keep the project running, once the project is complete and the Rotarians have gone home. There are a multitude of these projects going on. Which one do you choose to support?

In her novel, A Long Walk To Water, Linda Sue Park explains drilling a well is only the beginning! She describes, what is based on a true story, in the area of Sudan, Ethiopia, and Kenia. There is a lot of desert. People move toward the wetter areas during the rainy season and return to wherever a little water remains, the rest of the year. Typically, the girls fetch water every day, which takes half a day traveling both ways. It is not the best water either; muddy and often contaminated. Peoples from two different tribes, the Nuer and the Dinka fight over water in the only lake remaining during the drought. Fights happen, people die. On top, a civil war rages through the South of Sudan, trying to keep their own religions instead of being forced by government troops from the North to accept the Muslim religion. One day, two visitors came to Nya's village. They spoke with the village counsel, something about water. 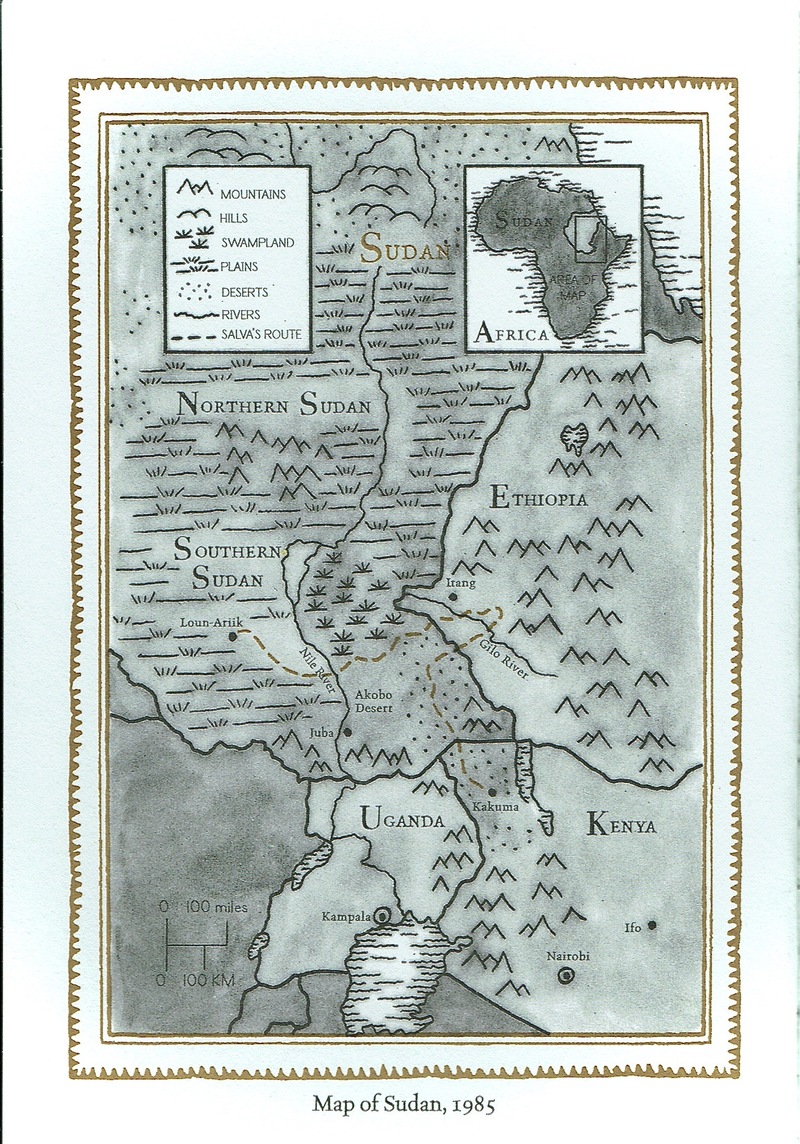 They brought in all kinds of equipment, Nya had never seen. After weeks of work and through unexpected challenges, water came out of a pump, if you swung the handle up and down.

"A miracle," said her uncle."I used to sit here all the time, and never knew I was sitting on top of water!"

Once the strangers were gone, the villagers were building something, next to the well.

"What is that?" Nya asked her uncle.

"A school for boys AND girls! Now that we have water here, the girls do not have to travel half a day anymore." The project resulted in meeting the next important area of Rotary: Basic Education and Literacy.

Next came a clinic, so the villagers did not have to travel a full day to the nearest one. This satisfied the area of Disease Prevention And Treatment, and over time resulted in Maternal And Child Health.

Now that the villagers did not have to spend all their time getting water, having to boil it, and manage water storage, they could spend time on other projects, resulting in compliance with the next area: Economic And Community Development.

"Remember those two visitors who came to talk to our elders?"

"Did you see the scar on the arm of the assistant?"

"Yes, that was from our tribe, the Nuer."

"And what about the leader?"

"He did not have any marks, so we do not know from which tribe he was." You will have to read the book, to find that answer. but it resulted in covering the last important area: Peace and Conflict Prevention / Resolution.

All of a sudden I get it! Water and Sanitation form the basics, but the consequences are far bigger and include all six important areas of projects funded by the Rotary Foundation!